We raised over $30,000 during our Kickstarter crowdfunding campaign. THANK YOU to those who backed our project!

If you missed our crowdfunding campaign, but would like to support the film donate here 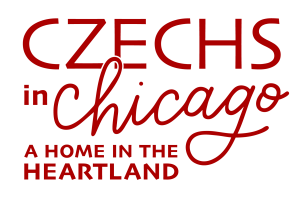 A feature-length documentary film in progress, being made by Manifest Films (S.Marcinkus & L.Jacobs, producers) for broadcast on Chicago PBS, WTTW11 Television. WTTW has been at the forefront of telling the stories of the many immigrants who have helped build the city of Chicago . . . the Irish, Italians, Poles, Jews, Greeks, Lithuanians, Puerto Ricans and others. Yet there is one ethnic group whose stories remain untold: the Czechs. . . That’s about to change!

Czechs in Chicago: A Home in the Heartland, will tell the story of these innovative and energetic people who brought their progressive spirit and talents to their new home, amidst the struggle to maintain their culture. It will share their stories and accomplishments, past and present, with millions of viewers for the first time ever on broadcast television and DVD.