We’ve got some great news to share with you about our Claude & Helen Duchon Matching Funds Challenge! From day 1, October 25 until Sun, November 24 (7:45 AM CST) all funds pledged to our Kickstarter Campaign will be matched dollar-for-dollar by the Duchons. That means when you give $25, the film gets $50! When you give $50, the film gets $100 and so on! No donation is too small! The Duchon’s will match up to $30,000, yet we MUST reach our GOAL of raising $30,000 on our Kickstarter, which is an all or nothing arrangement.

Let’s take the challenge and finish this film! The potential for us to raise the funds we need to FINISH the FILM is at a high point now. This is an opportunity that will likely not come along again! Donate here.

A word from our funders –
“As someone who’s appreciative of my Czech heritage, I am excited to support the “Czechs in Chicago: A Home in the Heartland” film project. Helen and I have complete confidence in filmmakers Susan Marcinkus and Larry Jacobs to document the stories of the Czech immigrants and their descendants in Chicagoland on film. The Trailers and other films demonstrate their impressive skills in filmmaking. We can’t wait to see the final cut of “Czechs in Chicago“!
– Claude and Helen Duchon

The Czechs in Chicago Kickstarter is now live!

Czechs in Chicago: A Home in the Heartland, the newest film from Manifest Films, launched its Kickstarter campaign today. The filmmakers are seeking $25,000 in funds to go towards their goal to finish all shooting and the rough cut by the Spring of 2020, to then start editing for release at the end of 2020. The film will tell the story of the Czech immigrant experience in the city of Chicago, and chronicle its rich history, past and present. While the subject is specific to the Chicago Czech immigrant experience, the themes of cultural identity and learning one’s heritage are parallel to the greater idea that immigration stories are an important thread in the fabric of our American democracy.

“As a story teller and filmmaker I’ve been inspired by the idea of cultural identity for a long time–why people emigrated here from their native lands, how they adapted to their often shocking new environment, and what price they paid for assimilating to American culture. How did they navigate the vast differences in their day-to-day lives? What was gained? What was lost?” – Director/Producer Susan Marcinkus

Czechs in Chicago will span a century and a half of turbulent times as it shows how the Czecs helped build and shape the city, from their experience settling the Czech neighborhoods, to founding cultural and business institutions, to contributing to political and civic leadership.

From the Czech communities the film will follow the emergence of American superstars such as Antonin Cermak, Chicago Bears founder and NFL co-founder George Halas, McDonald’s founder Ray Kroc, character actor Karl Malden, crime writer Gera-Lind Kolarik, film distributor & commentator Milos Stehlik, and former Illinois state treasurer, the late Judy Baar Topinka, are just a few of the Chicago Czech Americans who have left an imprint on the community and beyond.

The team of Czechs in Chicago is behind documentaries such as “Pictures from the Old Country.” Producer/Director Susan Marcinkus directed and produced the dramatic short, “Second Thoughts”, winner of the CINE Golden Eagle award that aired on A&E and PBS and worked as editor on the Oscar award winning drama, “Board and Care”; editor Laurence Jacobs is the winner of an Emmy Award as editor on ”The Oprah Winfrey Show” and was honored at the Chicago International Film Festival with the Silver Hugo Award for producing and directing best short film “Late Curtain”; Max Miller is a Director of Photography with more than 20 years of experience behind the lens with work such as “Legacy” for HBO Films, nominated for an Academy Award; editor Jayasri (Joyce) Hart has worked for BBC World Service in London and her project “Where’s the Evidence? A Challenge to Psychiatric Authority,” was screened by invitation at the Mad in America International Film Festival.

With this film, the team intends to serve as a permanent legacy for the people of Chicago, the Czech Community and its future generations, while also educating, informing and arousing in viewers, no matter what nationality, a curiosity about their own cultural heritage.

“And our film is ever more relevant now! With the dire migrant situation festering at our southern border, our immigration stories are an important thread in the fabric of our American democracy. It’s not just history; it’s timely!” – Director/Producer Susan Marcinkus

Perks of donating to the film’s Kickstarter include merchandise such as stickers, tote bags, ceramic mugs and t-shirts with the film’s logo. The campaign runs until November 25.

George Halas was intensely proud of his triple identity: son of Bohemian immigrants, lifelong Chicagoan and founder of the Chicago Bears.

The family of Virginia McCaskey, Halas’ daughter and now Bears owner, is staging a Sunday, Feb. 17, benefit at Halas Hall in Lake Forest for “Czechs in Chicago: A Home in the Heartland.”

A mutual friend got Manifest Films’ press kit in the hands of the McCaskey family. They also were impressed by a 12-minute trailer for Czechs in Chicago. In the end, the Bears brass were not a hard sell.

“We offered to host the fund-raiser, so their excellent short can be expanded,” said Pat McCaskey, the Bears’ senior director of special projects and unofficial historian.

“From the Bears’ side, we want to encourage the documentary people to have him (Halas) be a part of it. His parents were immigrants to this country from what is now the Czech Republic.

Virginia McCaskey will headline the celebrities expected to attend.  Although the grand lady of theNFL is a reticent interview, Marcinkus will have a first-person chance to sell her on participating in the doc.

If not, Pat McCaskey, second of his family to work for the Bears, is game to go before the cameras.

“I have written extensively about my grandfather and the history of the Bears, so I’d be amenable to that,” he said.

NFL Films also is providing 17 minutes of vintage footage to show at the fund-raiser.

Although armed with a written endorsement from Daniel J. Soles,SVP/chief television content officer of WTTW, producer/directorMarcinkus and producer/editor Jacobs were far from their comfort zone in dialing for production dollars.

Marcinkus expressed her gratitude for the Halas support. “It came a time where we’re constantly being given small donations by members of the Czech community and so forth. With the budget that we have, we knew we had to get support from bigger entities.”

Staropramen Brewers of Prague already is on board as a sponsor. The Bears committed before Christmas.

Halas will be among several all-time Chicagoans of Czech heritage Marcinkus and Jacobs plan to profile. Heading that list are McDonald’s impresario Ray Kroc and Anton Cermak, the 1931-33 Chicago mayor who began to organize the city’s Democratic machine. 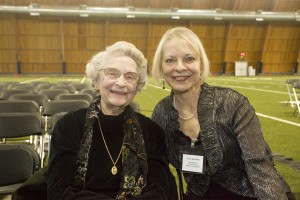 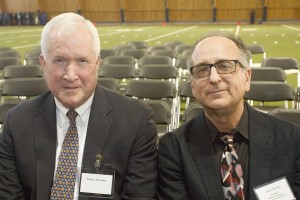 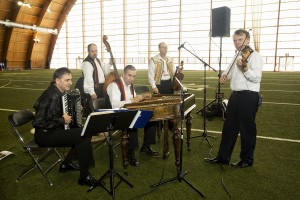 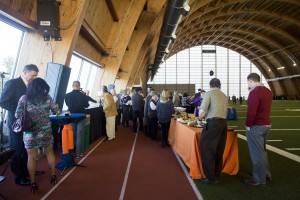 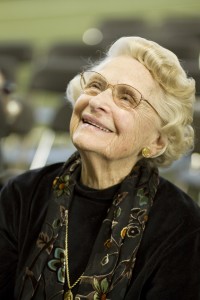 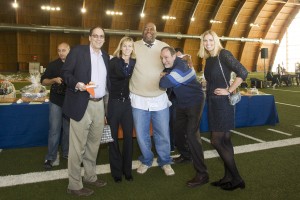 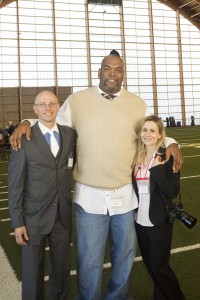 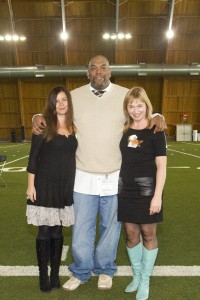 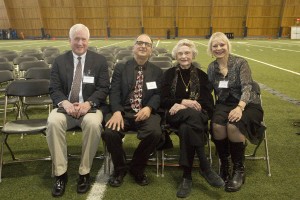 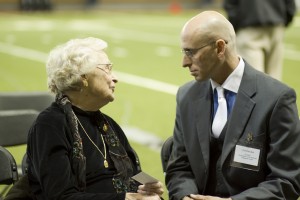 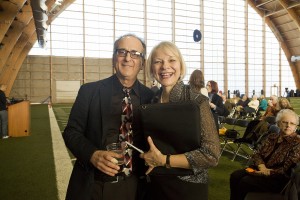